Parachutes from Liberec have already saved hundreds of people in the world. 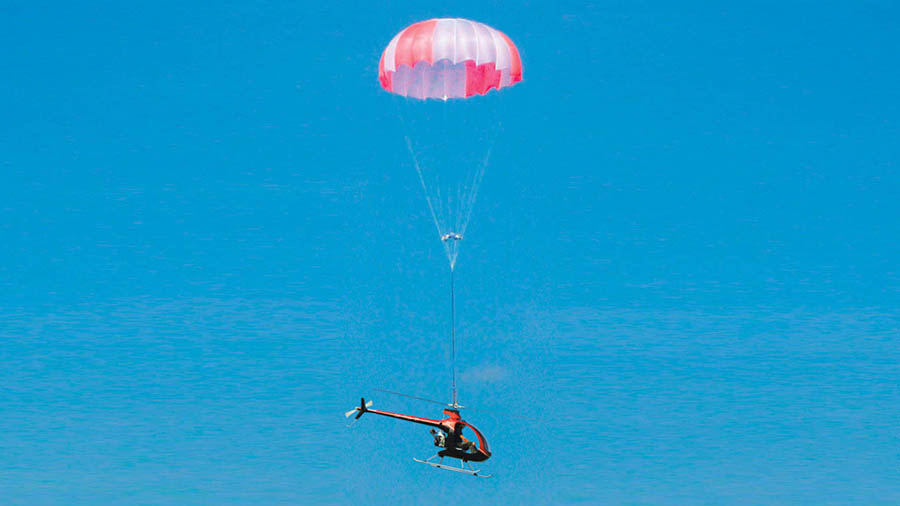 Two years ago two older Austrian pilots took their flight from Venice to Salzburg via the Slovenian mountains where they encountered bad weather. Fortunately, their plane began to fall between the tops of the mountains above the valley and with the wings twisted off they were falling to the ground at the speed of 450 km per hour. About 500 m above the ground they appeared under the clouds and they pulled out the rescue system from the Czech company Galaxy GRS.

“The parachute of the rescue system is designed for the speed of 350 km per hour, and they tested it at the falling speed by 100 km per hour faster. One of them came to thank us with a bottle at the fair in Friedrichshafen. We wanted to only borrow the parachute from him to see how it looked like, but he answered that he had been sleeping on it since that time and he had not given it to anybody” said Milan Bábovka, the founder, co-owner and chief designer of the company Galaxy GRS from Liberec.

The story of the Austrian pilots is not unique. Another story shows that the rescue parachute system from the Czech Republic worked well even at a low speed only 90 meters above the ground. The pilot and his mother-in-law fell on the ground so well that the plane could even be repaired. 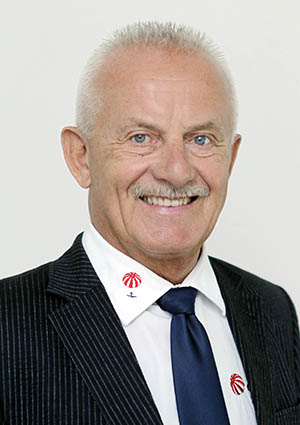 In the company he also acts as the chief designer. Simultaneously he is also the author and co-author of patents that are used by the company in the course of manufacture of rescue parachute system. As a young man he served his time of apprenticeship as a car mechanic, then he passed Secondary Technical School and finally he graduated from the University of Mechanical and Textile Engineering, and so he can operate machines, as well as to stand at the drawing board or currently to work with the computer. He began “doing business” in his field even under the socialistic regime when he first manufactured Rogallo wings (hang gliders) for himself and his friends, and when the accidents had begun to occur on the powered Rogallo wings, he also started to manufacture rescue systems. He established a stronger legal framework for his business in 1989 when Mr. Bábovka arranged for a business licence and a year later he founded the company Galaxy GRS with his relatives. Today it is a genuinely Czech company whose executive head says that it manufactures and exports a hundred per cent Czech product.

“Our parachutes have already rescued about 200 people of which 92 when using a ballistic parachute rescue system. Even in China we already have the first rescued pilot. We are able to compute and manufacture any rescue system or anti-spinning parachute for any small aircraft or drone having the weight from two to two thousand kg. Everything is about the care of the long-term permanent workers, the quality, proper calculations and computations, and the constant tests of the rescue systems”, says Milan Bábovka.

He started as soon as during the “communistic era” as one of the first hang gliders in the Czech Republic. And when with the powered Rogallo gliders came also falls and tragic accidents, he devised with his friends and then he manufactured by himself the rescue parachute systems. "I did the final assembly right at home", smiles the entrepreneur who currently has a company in Liberec with the annual sales of CZK 35 million.

"Our company has the prestige, we have such a good design office that we are working directly on the development of aircrafts with our customers, and we devise a parachute for such an aircraft before its serial production is started. Nearly seventy per cent of our exports go directly to the aircraft manufacturers”, says the founder of the company Galaxy GRS. For last ten years people have been mostly buying an aircraft directly with a parachute. Only those who assemble the rescue parachute system from the supplied parts by themselves, or have older types of aircraft are looking for parachutes individually.

The rescue parachute systems from Liberec do not only go to the civilian, but also military aviation, however, through an intermediary. In spite of this Mr. Bábovka knows that besides the Czech soldiers his parachutes are also used in the armies, for example, in India, Spain or Germany. Also this is the evidence of the quality of these rescue parachute systems.

Yearly More Than One Thousand Parachutes Go to World

The current production capacity in Liberec could be greater due to the existing interest, but Mr. Bábovka does not want to increase it. In his opinion the current company status is ideal for maintaining the quality. “Yearly we manufacture about 600 to 700 new parachutes and we take about 400 pcs to be revised. It means that the whole rescue parachute system is disassembled, a new rocket engine installed, necessary parts repaired, the system is reassembled again and sent back to the client”, and further Milan Bábovka explains that the rescue parachute system service life is thirty years. The rescue parachute system has to be inspected four times in the course of this period of time.

Abroad Galaxy GRS collaborates with its permanent partners who are mediating mainly the supplies for individuals. For this purpose Galaxy GRS goes for the exhibitions, above all, to the US Oshkosh or German Friedrichshafen. This year 630 companies from 38 countries took part in the aviation fair Aero in Germany. From the Czech Republic there were over 30 companies there. ”Not only companies manufacturing aircrafts as building kits, but also big manufacturers are exhibiting at the fair. “Who is not present there as if he would not exist”, means the executive head of Galaxy GRS.

Some exhibitors’ booths cost even a half million of CZK. Of course, Galaxy GRS does not occupy such a big space, but in spite of that it fits to the company to obtain a financial assistance through the Czech Trade Agency. “Usually they contribute to our booth with just about 50 per cent, which is very good. We are not an aerospace giant, the size of our booth is determined by us depending on whether we are coming with something new”, reveals Milan Bábovka.

Of course, only business partners abroad and the participation in a significant exhibition are not sufficient for successful exports. Due to business, good relationships or particular orders Mr. Bábovka himself travels abroad a lot. For example, in China he was three times recently and Galaxy GRS has sold over 700 systems to China so far. According to Mr. Bábovka the Chinese market is a prospective one also because of the fact that in China they plan to build 2,000 airports.

Not long ago Milan Bábovka returned from Brazil. He used Cirrus 22 aircraft to fly to the factory built as a green-field investment about 300 km from Sao Paulo. The business negotiations took three days and on their way back at night the pilot offered to Mr. Bábovka to take the control of the aircraft. “When we were coming close to Sao Paulo, it was a marvellous enjoyment, but to find the airport I left to the pilot”, admitted Mr. Bábovka and added that also so pleasant business negotiations might be.

The company resides in Liberec where it manufactures ballistic rescue parachute systems for aircrafts and drones. The aircrafts with the fixed or rotating wings may be in the weight from two kg to two tons so they are pilot or unmanned aerial vehicles. For example, in the case of piloted aircrafts they are single-engine and two-engine aircrafts up to a five-man crew. Annual sales represent about CZK 35 million which are made by the working staff of maximum 30 people and other sub-suppliers. Ninety per cent of the total sales the company earns through its exports. In Europe the rescue parachute systems made by Galaxy GRS overwhelmed the markets mainly in Italy and France. In addition to Europe Galaxy GRS is successful, for example, in the USA, Australia or China and its rescue parachute systems may be found anywhere in the world in small aircrafts. In some cases they are direct exports, but seventy per cent of exports go through the manufacturers of aircrafts. At present that is that the manufacturers have been cooperating with the company Galaxy GRS already in the course of the aircraft development. Galaxy GRS develops and then supplies the parachutes directly for the specific model of the aircraft to the production line.