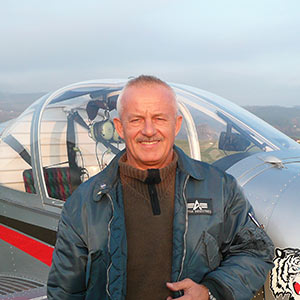 Leader and founder, designer and co-author of several world patents and industrial designs, instructor, test pilot, inspector techniques and operation, progressively in all categories, where the company manufactures, distributes and rescue ballistic parachute systems. Co-founder LAAČR in 1990 and long-term member of the Central Technical Commission for Supervision of mass-produced aircraft, the owner of the school hang-gliding and paragliding pilot with 750 issued licenses. Some permissions are no longer renewed for reasons of time, but as pilot-intense summers. Log Book 2500 H 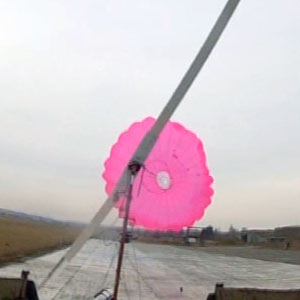 Open in products of ecxellent video footage of parachute testing at fall and maximum speeds simulation.

The GRS systems use parachutes, that besides an ability of quick opening at high speeds (as by other producers) are able to open quickly even at low speeds. This extraordinary ability is enabled by a well-thoughtout design of particular types according to aircraft weight and speed. Unlike other producers of these rescue devices, the Galaxy GRS is the sole company that presents video footage of these tests on its web site. It convincingly demonstrates outstanding attributes of these parachutes confronted with others and after watching these tests of parachute opening at minimum/ fall aircraft speeds you will see the differences which make the GRS a better system. According to the world statistics, 80% accident s happen in low heights and fall speeds. 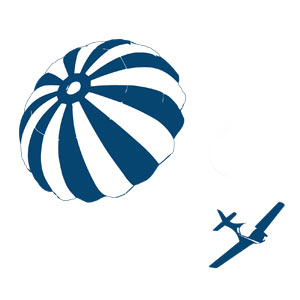 is in history the first and biggest European producer of parachute ballistic rescue systems aimed for ultralights, light sport aircraft, unmanned Aircraft and experimentals, ranging up to speed of 400 Km/h. Last year the company widened its program on base of submitting several world patents for multicopters, drones, gyros and helicopters up to the weight of 750kg. Its success proves the cooperation in the European project SPARTAN whose aim is to conquer the Mars. The company exports 90% of production to all continents in various modifications and ways of use. Thanks to its long 30year tradition,since 1984, the sytems GRS are constantly updated and enhanced. Our company does not pursue development of parachutes only for high speeds, but during the long testing, the company pays special attention to quick opening in low speeds enabling a safe rescue from lowest possible heights. According to the world statistics, 80% accident s happen in low heights and fall speeds. 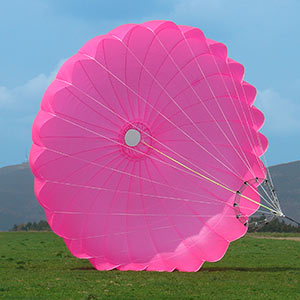 This important attribute of quick opening at low speeds ranks these systems among the most useful ballistic parachutes in the world. Parachutes of the rows 3, 4 and 5 are equipped with the central line for quick opening and with the apex for decreasing the dynamic shock. The Galaxy GRS exerted much effort and money for development and testing of its parachutes and its newest parachutes of the row 6. They are equipped,besides the slider, with rows of upward lift flaps that efficiently decrease dynamic shock at opening of the parachute. In high speeds it is very important for a decrease of sinking and, along with it, it helps to decrease the impact of landing. In comparison with the classic round parachute, the decrease of sinking with this new technology is up to 15%. By the big parachutes of 245m2 area, for weights of 1600 kg, is the difference in sinking almost 1,0m/sec. 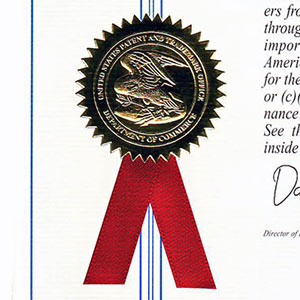 The GRS is a new design in which the canopy is not gradually drawn from a box by means of a long conventional sleeve, distorted by air currents and possibly fouling on the aircraft structure or its debris, during deployment. The GRS canopy is drawn away from the aircraft in a short special compact container to a length of 15-18 meters from the aircraft depending on the size of GRS. At this point the whole hanging system from canopy to aircraft is stretched, a container lock is re leased and the canopy can be inflated directly, significantly reducing the risk of debris damaging the canopy. The whole design of the GRS is purposefully constructed for the fastest possible opening which enhances the potential of a rescue of the aircraft and crew from the lowest possible height. Pattented by the patent office under the number 285 318 and the patent application 1589-94. Firing of the system is being done by hand pulling of activation handle by the bforce oc ca. 9-12kg. Firing ignition device is doubled. By the rocket engine is used the solid fuel. developmental row 6-2012 protected, besides the European,also by the American patent- PATENT No. US,997,535 B2, dated 16.08.. All certification 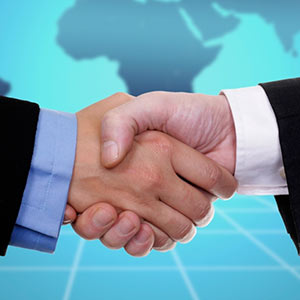